I recently had the pleasure of receiving a very thorough and careful peer review, with invitation to resubmit, at Psychological Bulletin for my manuscript-in-progress Overestimated Effects of Violent Games on Aggressive Outcomes in Anderson et al. (2010).

Although it was humbling to find I still have much to learn about meta-analysis, I was also grateful for what has been one of the most instructive peer reviews I have ever received. Sometimes one gets peer reviewers who simply don't like your paper, and perhaps never will. Sometimes reviewers can only offer the most nebulous of suggestions, leaving you fumbling for a way to appease everyone. This review, however, was full of blessedly concrete recommendations.

Anyway, the central thrust of my paper is that Anderson et al. (2010) assert that violent-game effects are not overestimated through publication, analytic, or other biases. However, they did not provide funnel plots to support this argument, relying chiefly on the trim-and-fill procedure instead. When you generate these funnel plots, you find that they are strikingly asymmetrical, suggesting that there may indeed be bias despite the trim-and-fill results.


We conducted two new statistical adjustments for bias, which suggest that the effect may actually be quite small. One, PET, uses the funnel plot's asymmetry to estimate what the effect size might be for a hypothetical perfectly-precise study. The other, p-curve, uses the p-values of significant results to estimate the underlying effect size.

One peer reviewer commented that, if the meta-analyzed effect sizes are heterogeneous, with some large and some small, and that if researchers are using power analysis appropriately to plan their effect sizes, then true large effects will be studied with small samples and true small effects will be studied with large samples, leading to an asymmetrical funnel plot and the illusion of research bias.

I don't think that's what's going on here, of course. Power analysis is rare in social psychology, especially in the years covered by the Anderson et al. meta-analysis. I'm also not sure how researchers would somehow know, a priori, the effect size they were studying, but then Arina K. Bones does have ironclad evidence of the precognitive abilities of social psychologists.

But even if that were true, I had the hunch it should only affect the funnel plot, which relies on observed effect sizes and sample sizes, and not the p-curve, which relies on the statistical power of studies. So I ran a simulation to see.


Sure enough, the funnel plot is very asymmetrical despite the inclusion of all studies. However, the p-curve still shows a clear right skew.

Of course, the meta-analyst should take efforts to divide the studies into homogenous groups so that heterogeneity is minimized and one is not comparing apples and oranges. But I was compelled to test this and then further compelled to write it down.

# power analysis hypothesis:
# Reviewer 3 says:
# if the size of studies is chosen according to properly
# executed power analyses, we would in fact expect to see
# an inverse relationship between outcomes and sample sizes
# (and so if authors engage in the recommended practice of
# planning a study to achieve sufficient power, we are actually
# building small-study effects into our literature!).

# Let's simulate b/c I don't believe p-curve would work that way. 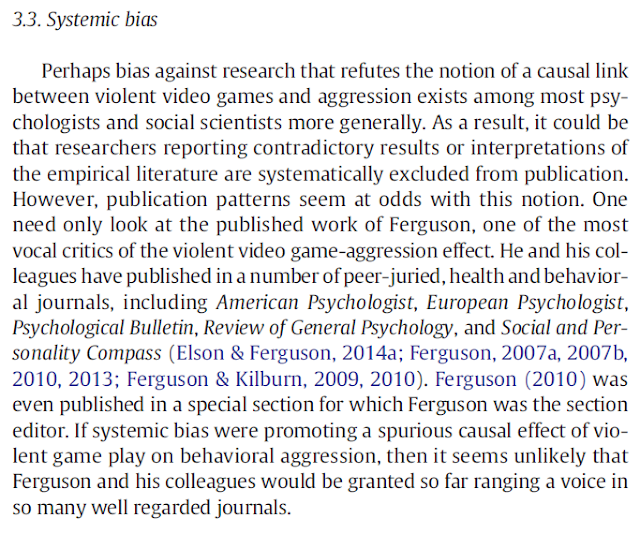 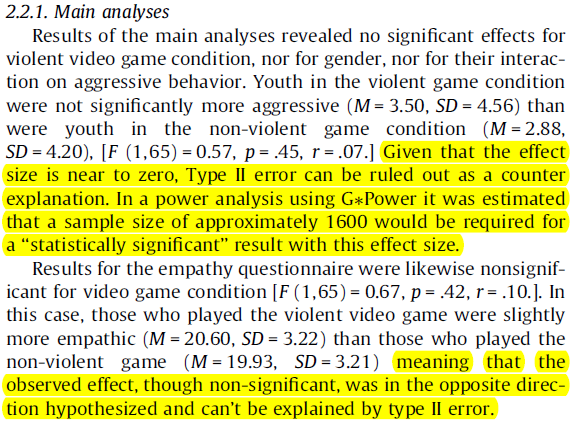 The test that should be used, of course, is the Significant Difference Test. One estimates the interaction term and its standard error, then checks the p-value representing how unusual it would be if the true value were zero. If p < .05, one concludes the two subgroups have different responses.

The incorrect test is the Differences of Significance Test. In that test, one checks the p-values for the manipulation in each subgroup and concludes a difference between subgroups if one has p < .05 and the other has p > .05.

Why do people make this mistake? Why do we still make it, 10 years after Gelman and Stern?

My suspicion is that the Differences of Significance Test gets (unknowingly) used because it suffers from much higher Type I error rates, which allows for greater publication rates and more nuanced story-telling than is appropriate.

Let's think about two subgroups of equal size. We purport to be testing for an interaction: the two subgroups are expected to have different responses to the manipulation. We should be reporting the manipulation × subgroup interaction which, when done properly, has the nominal Type I error rate of 5%. Instead, we will look to see if one group has a significant effect of manipulation while the other is not. If so, we'll call it a success.

As you can see, the Type I error rate of this improper test is very high, peaking at a whopping 50% when each subgroup has 50% power.  And this doesn't even require any questionable research practices like optional stopping or flexible outlier treatment!

Of course, one can obtain Type I error rates for this (again, improper) test by running unequal subgroups for unequal power. If group 1 is large and has 80% power to detect the effect, while group 2 is small and has only 20% power to detect, then one will find a difference in significance 68% of the time.

Obviously everybody knows the Difference of Significance Test is wrong and bad and they should be using and looking for the Significant Difference Test. But I wanted to illustrate just how bad the problem can actually be. As you can see, this isn't just nitpicking -- it can be the cause of a tenfold increase in Type I error rates.

You might be tempted to call that.... a significant difference. (hyuk hyuk hyuk)
Posted by Joe at 5:32 PM 3 comments: